Brussels, Belgium - October 12, 2016: The facade of the Bloc A of the Europa Building in Brussels, Belgium, is a patchwork of traditional wood-frame windows from different European countries.

The European Union under the Slovenian Presidency failed to make significant progress towards a green transition at this critical moment for tackling the environmental crisis, as revealed by an EEB assessment.

Slovenia’s six-month Presidency of the Council of the European Union (1 July – 31 December 2021) has proven to be disappointing in making the European Green Deal the transformative agenda it needs to be.

Despite decent efforts to reverse biodiversity loss, the Presidency saw mostly mixed or poor results regarding the green transition and in pushing the zero pollution ambition. Outcomes were especially poor in addressing the climate emergency, initiating a sustainable food transition and driving a circular economy.

These are the conclusions of the comprehensive biannual assessment of the European Environmental Bureau on the outgoing Presidency’s performance against Ten Green Tests, defined at the beginning of Slovenia’s term. The performance of Slovenia, the final member of the Presidency Trio 2020 – 2021 with Germany and Portugal, was deemed by the EEB as the least environmentally progressive of the three.

“The Council Presidency shoulders the responsibility of leading Member States in making considerable efforts to tackle the crises of climate, biodiversity and pollution. At such a pivotal moment, anything less is unacceptable and cannot be assessed as sufficient” said Patrick ten Brink, Deputy Secretary General of the EBB.

The assessment praised Slovenia’s efforts to support the EU Forest Strategy and promoting EU action to tackle drivers of pollinator decline. However, the majority of Slovenia’s efforts and outcomes in other fields were assessed as mixed or poor. The Presidency attracted both praise and harsh criticism in relation to the Aarhus Convention, leading to a mixed result.

Disappointment came with the Slovenian Presidency failing to take a strong lead in the Fit for 55 package negotiations and its very limited efforts to transform green rhetoric on agriculture into concrete policy changes. Further frustration was expressed at the Presidency reducing the ambition of the revised Batteries Law and failing to lead the way on a reformed Industrial Emissions Directive that truly reflects zero pollution goals. 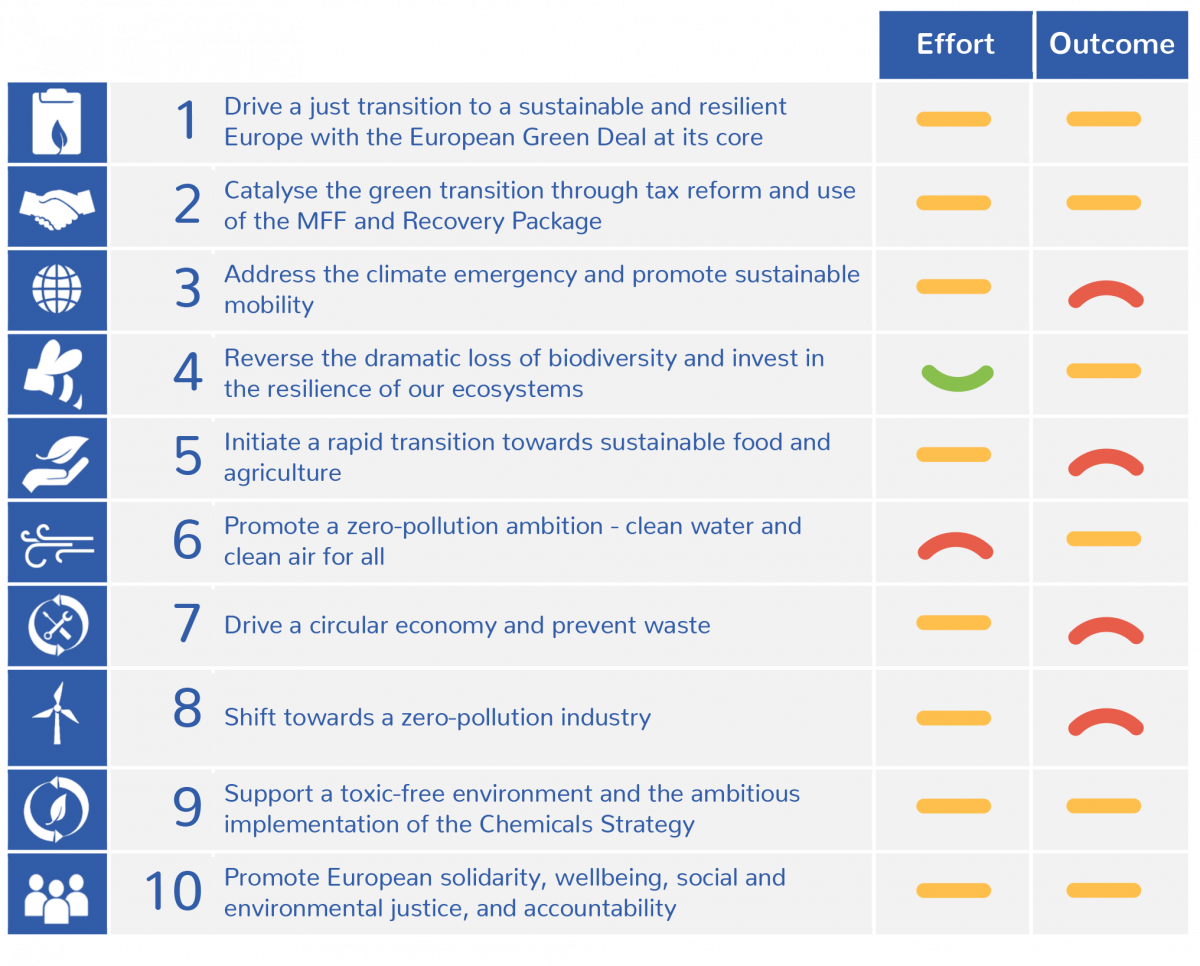