Sustainable development was on the agenda but virtually absent from a long-awaited declaration during Romania’s six-month Presidency of the EU, which ended this week. Citizens’ groups have described a ‘mixed picture’ for Europe’s environment during the country’s first-ever EU Presidency.

An assessment published today by the European Environmental Bureau (EEB) provides a detailed analysis of the Romanian Presidency’s performance on environmental issues.

The EEB is Europe’s largest network of citizens’ environmental organisations with more than 150 members in over 30 countries.

“During the Romanian Presidency progress was made on crucial environmental issues like water quality and chemicals policy. However, much work remains to be done and important opportunities were missed on agriculture and circular economy.”

Some key findings of the assessment are: 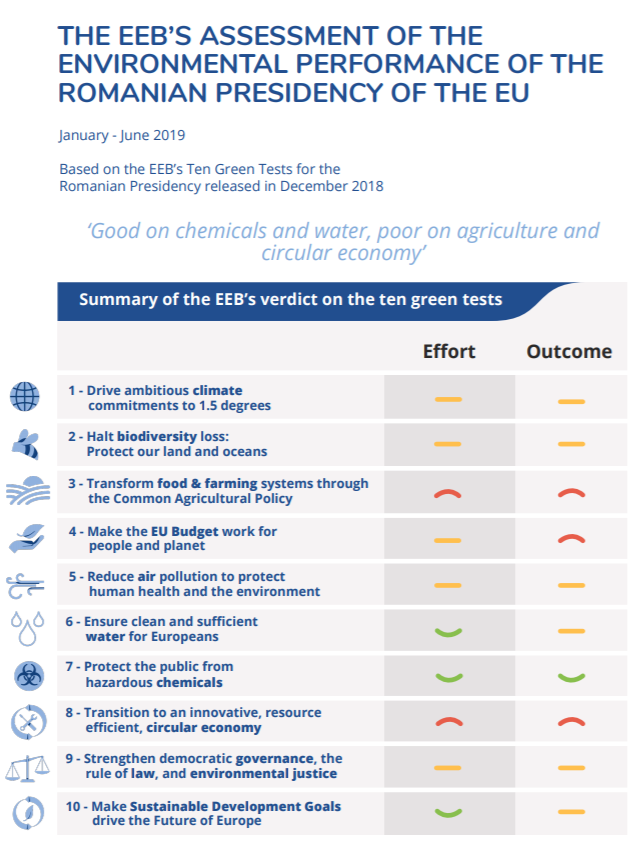 You can read the detailed results on all Ten Green Tests across a range of policy areas in the full assessment.

EEB Assessment of the Romanian Presidency