At a meeting in Luxembourg, the European Environmental Bureau understands that ministers from across Europe merely “took note” of an EU Farm to Fork Strategy and demanded lengthy impact assessments before any new legal proposals. However, today, a report for the European Environment Agency found Europe’s nature in “serious, continuing decline,” with farming “the most common pressure.”

Tomorrow ministers will agree their position on Europe’s next five year farm policy, starting 2023, a mammoth €350 billion fund for farmers that will have a huge impact on the environment. Leaks suggest it will fundamentally clash with Farm to Fork, creating “illegal” incoherence.

“These ministers are a lost cause, being chained to industrial farming interests. That’s bad news for nature, but it is also egg on the face of the European Commission, since farming is a big part of the much-hyped European Green Deal. That deal is in danger of becoming hot air. To avoid it becoming an embarrassment, the Commission may have to withdraw this farm policy and come back with one that is better aligned with the EU Green Deal.”

The European Parliament votes on its final position later this week. Protesters staged a photo stunt outside the parliament building this morning. 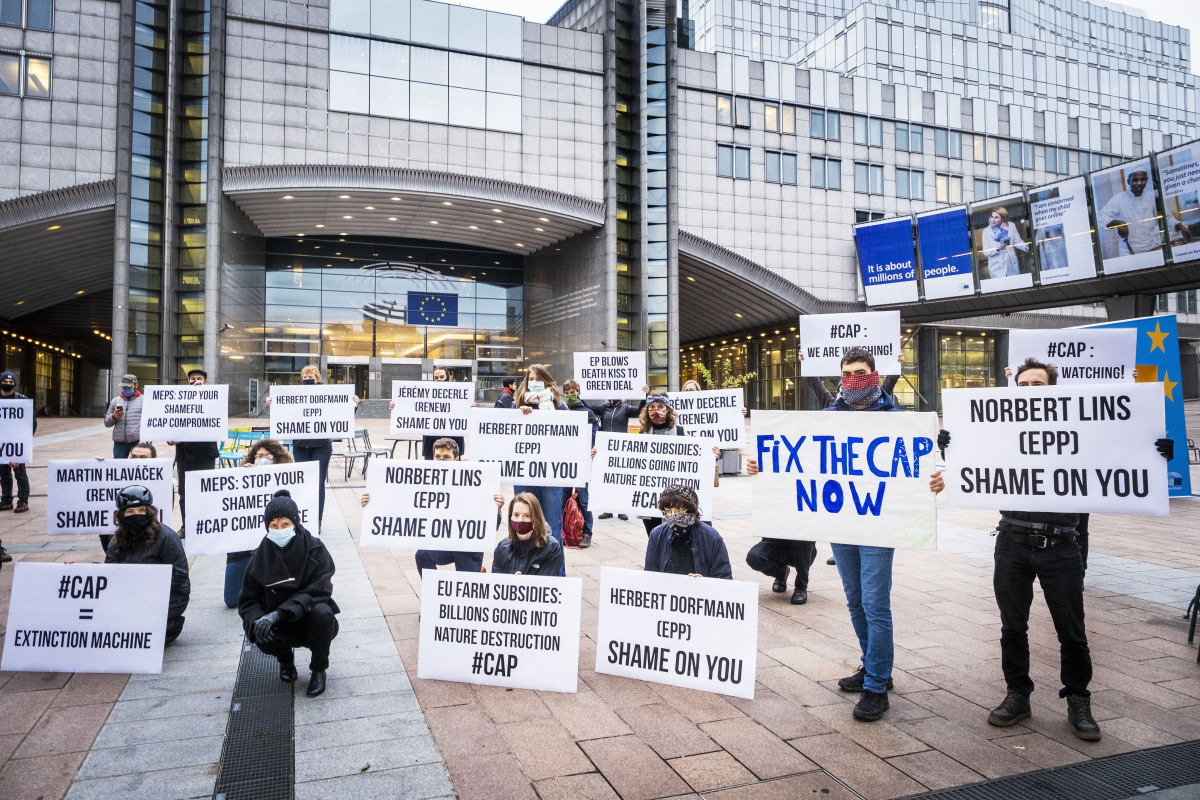 Protesters outside the European Parliament today. Parliamentarians are due to vote on the CAP later this week 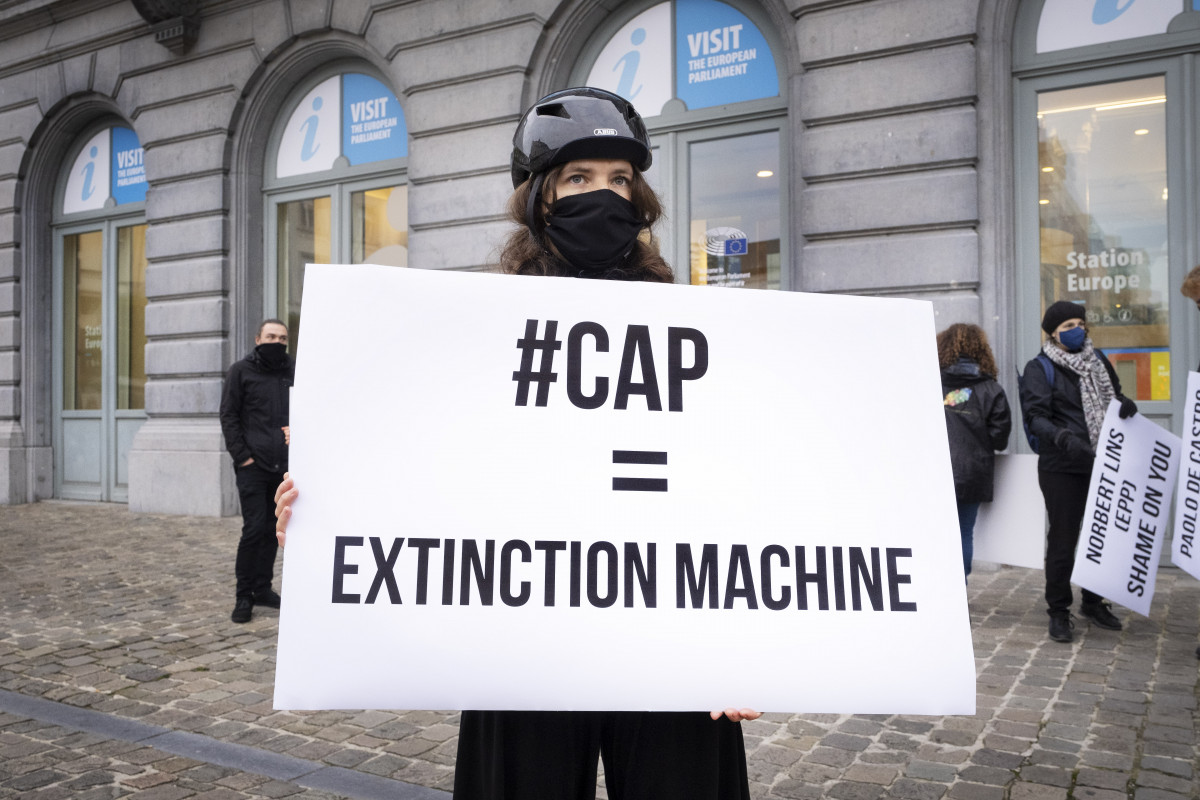