Stack of plastic bottles for recycling against blue sky

Newly released data shows little to no progress in reducing waste across the EU, the European Environmental Bureau (EEB) warns.

EU countries generated 487kg of waste per person in 2017, according to Eurostat. That’s only eight kilograms less than the 496kg generated in 1997, when figures were first compiled.

The EEB is Europe’s largest network of environmental citizens’ organisations with 150 members in more than 30 countries. 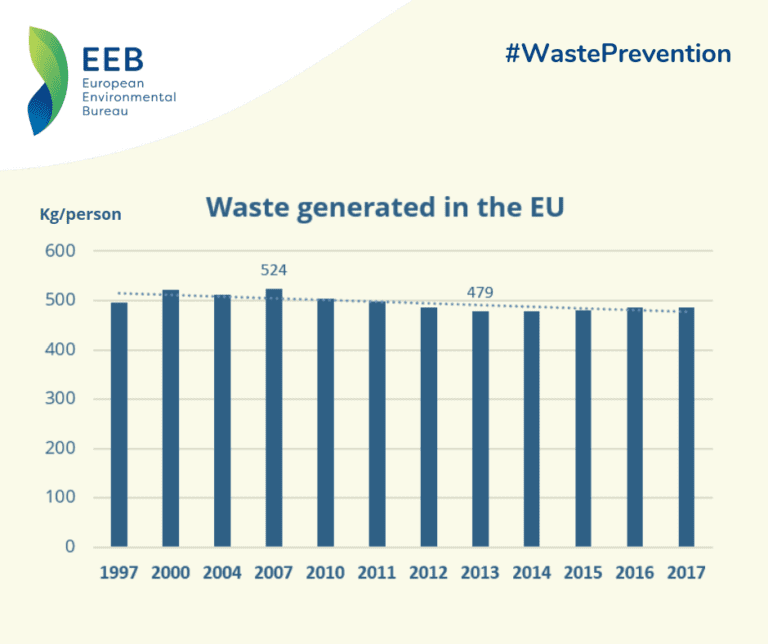 The analysis considers all the waste generated by households and offices.

With over 600kg per person, Germany, Denmark, Cyprus, Luxembourg and Malta generated the most waste across the EU.

The primary objective for EU countries is to reduce waste, according to the European Commission’s strategy to transition to a circular economy, where waste is prevented and materials are recycled.