The EU needs a new governance framework that promotes an alternative political-economic system. one that is resilient, just, and explicitly prioritises the wellbeing of people and the planet over economic growth and profits. Science has demonstrated that continuous economic growth makes it impossible to reduce emission, pollution and resource use at the scope and pace needed.1We have already crossed four out of nine planetary boundaries and are on a dangerous path towards breaching all the other five. The strict fiscal limits (notably 3% annual fiscal deficit to GDP ratio/60% debt to GDP ratio) under the current EU Economic Governance Framework are pushing us in the wrong direction.

The current crisis such as the terrible war with all its consequences, the climate and biodiversity crisis as well as the health and social crisis coinciding with the Review of the EU Economic Governance provides a unique opportunity to replace the outdated and harmful Stability and Growth Pact (SGP) with a timely and constructive Sustainability and Wellbeing Pact.

We, therefore, demand the European Commission and European Governments to:

● Put environmental, social and gender justice goals at the heart of EU economic governance to enhance the wellbeing of the planet and current and future generations and incentivise and allow spending in a just transition with broader environmental action and a strong social justice angle while respecting national democratic processes.

● Ensure that the EU agrees on new rules before the general escape clause is deactivated to avoid austerity and increase the flexibility of the use of the escape clause to facilitate the transition and deal with the crises.

● Exempt green and social investment from the rules of the SGP to ensure a socially just transition and ban support of environmentally harmful activities. Strong measures against corruption and misuse of public money are a precondition.

● Create a new framework that is simpler, more transparent and more democratic to increase accountability of the framework and stronger inclusion of the European Parliament and other stakeholder groups. 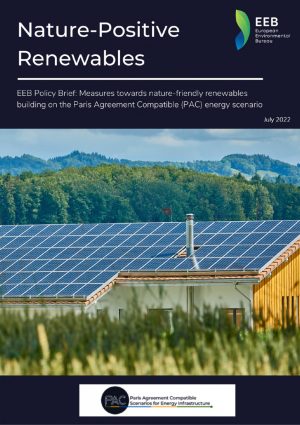